The classic Nike Air More Uptempo model was more famously known to have been worn by the Chicago Bulls star and Olympic gold medallist, Scottie Pippen. The man himself was on hand at the KITH Brooklyn store discussing the iconic model and his Olympic achievements. This new colourway is hard to ignore and will be one of the hottest sneakers this summer.

The white tumbled leather upper in surrounded by perforations with the standout white AIR leather overlay. The gum outsole makes this sneaker pop especially with the light speckling and the 360 visible air unit. There are swooshes dotted all around the sneaker with two on the outsole, one towards the back of the midsole, one on the heel and a neatly embroidered swoosh on the toe box. For an extra easy fitting and comfort the sneaker has an easy lacing system with elastic straps and heel pull tabs.

Of course our Illustrator @cam_.xv made an illustration of the Nike Air More Uptempo. 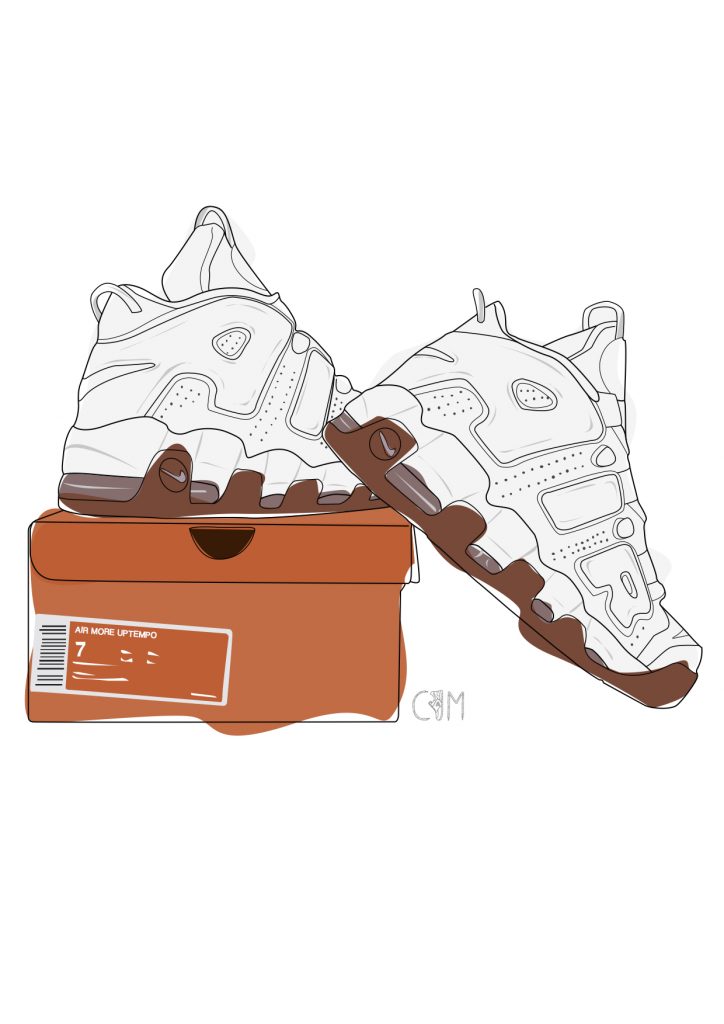 Here are some people rocking the Nike Air More Uptempo.

Jakk is a sneakerhead that resides in a small city within the Midlands, UK. He loves to travel and delve into the different cultures and styles of different cities. He recently started experimenting with photography and is a massive sports enthusiast. These two characteristics have only expanded his love for sneaker aesthetics.

Streetwear from all over