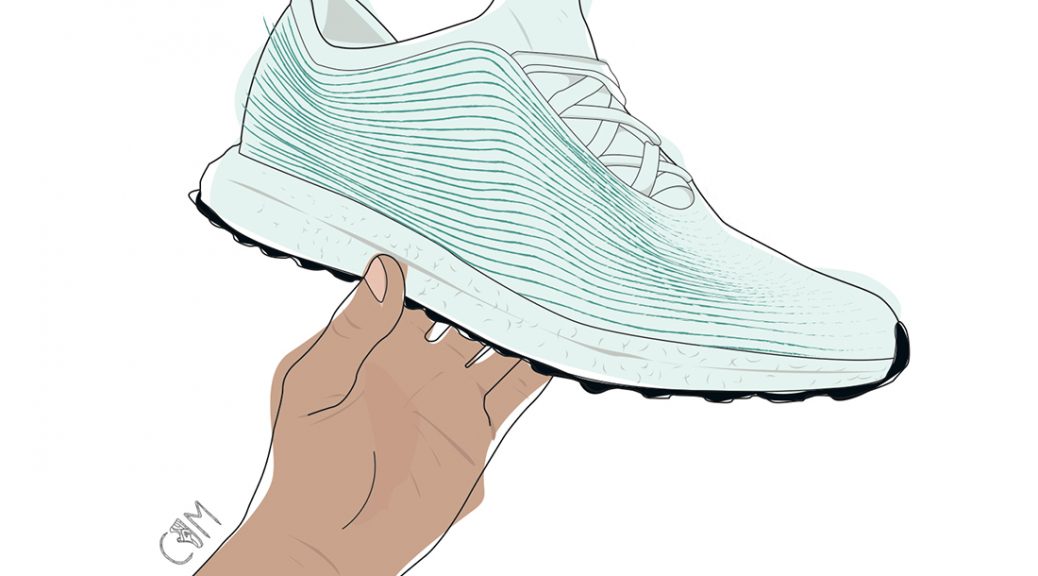 From sea to shoe. adidas x Parley for the Oceans, a devoted organisation undertaking the operation to cure the polluted Oceans have teamed up to create a sneaker that can truly inspire and inject awareness of the continuing and growing problem of debris and litter pervading the ocean, killing a countless number of sea life.

Although adidas and Parley have previously performed collaborations they have never brought you a complete performance sneaker, until now. These sneakers are super limited with only 50 pairs being made available. The only chance of having access to a pair was by winning a competition on Instagram to which you had to provide an example of how you too are trying to help the fight for a polluted free Ocean. The source of the material was amassed by the Sea Shepherd that was patrolling the South Pacific Ocean during a record breaking operation which was to protect sea life from illegal fisherman.

The sneaker is innovatively constructed using adidas’s Tailored Fibre Technology to create a super light and flexible upper which looks to imitate the colour of the ocean. The upper is then moulded onto the iconic and enhanced boost sole that has currently taken the sneaker game by storm. The original three stripes can also be seen on the outside of the sneaker with the Adidas logo sitting at the top of the tongue in a crisp white colour.

Of course our Illustrator @cam_.xv made an illustration of the adidas x Parley collaboration.

topical… i took a few photos a while back that i never got round to posting, but as the lovely @raccasil and @matters_amm (two of the brains behind this project, GO FOLLOW 'EM!) have just had a top secret special meeting (👀🕵🏻🤐) at the #UnitedNations in NYC about the future of @adidas x @parley.tv, i thought it made sense to post now! can't wait to hear about it when you guys are back at HQ in germany… 🐠🐟🐳 #futurecraft #adidasxparley #parleyair #adidasParley

World Premiere: adidas and Parley present the first shoe ever made using Parley Ocean Plastic. Created with revolutionary innovation, plastic waste intercepted by our global cleanup network, and illegal gillnets recovered from the high seas by @SeaShepherd during Operation Icefish, a record-breaking mission to protect sea life in the Southern Ocean. So much has happened behind the scenes since our announcement last June at the United Nations. This shoe is a world first, but it's still only the beginning. Let's invent our way out of this mess together. #adidasxParley #ParleyAIR #fortheoceans

Jakk is a sneakerhead that resides in a small city within the Midlands, UK. He loves to travel and delve into the different cultures and styles of different cities. He recently started experimenting with photography and is a massive sports enthusiast. These two characteristics have only expanded his love for sneaker aesthetics.

Streetwear from all over